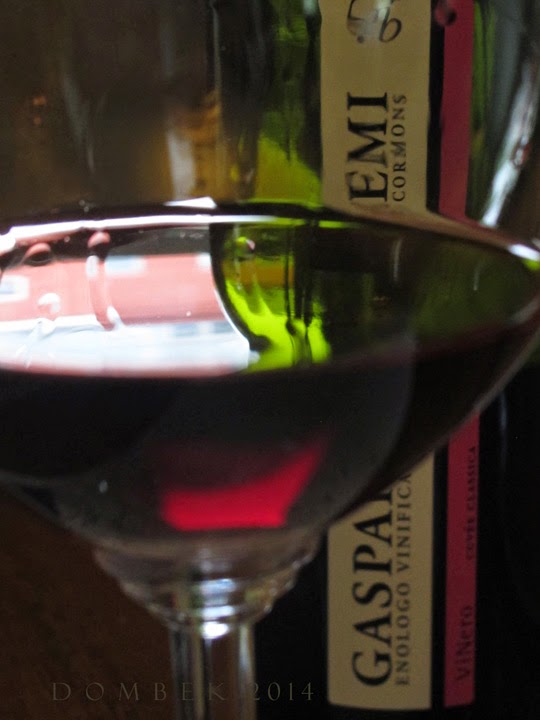 A great summer red. Wonderful find/value for $12.99 at Rosemont Munjoy Hill. Also available at the other Rosemont Markets and Aurora Provisions, Portland, ME.

Located in Fruili-Venezia in northeastern Italy, Gaspare Buscemi began at age 20, working for companies that produced large quantities of "quaffable" wines. Into his 4th year he had already become enotechnician for Marco Felluga in Gradisca d'Isonzo and thereafter technical director of the Consortium of Collio. He was much more interested in working with small higher quality producers and served as wine maker consultant, traveling all over Italy and establishing relationships with other Italian vine-growers. From this experience he settled back in his native Fruili, dedicating himself to both natural and traditional oenology with an emphasis on biodynamic farming and crafting wines naturally, with no manipulation in the cellar. This distinguished him as a creator of "artisan wines", pure expressions of nature, thousand year old farming traditions and artisan culture of his lands.

Gaspare also retains a bit of mystery where blend of grapes is concerned. He will not reveal! ViNero is a proprietary blend that varies year to year ... but rumor has it this one may have Refosco, Merlot and most certainly (but perhaps not characteristically of the area), Cabernet Franc!  Delizioso!

Brought to us in Maine by Devenish Wines. Imported by Adonna Imports LLC, Waltham, MA.
Posted by Wine 24/7 - Lisa's picks at 7:20 AM